The Faneuil Branch of the Boston Public Library has been hosting an exhibition on West African Women's Empowerment for the past seven weeks. Featuring photos taken by Brenda Gael McSweeney of the Boston University-based UNESCO/UNITWIN Network, the exhibit opened with a reception held on International Women's Day in March. Over 100 members of the local community, political representatives, university colleagues and more came out to learn about the evolution of roles and rights of women in the West African nation of Burkina Faso from the 1970s onward.

The exhibit was co-sponsored by the Friends of the Faneuil Branch Library, Unbound Visual Arts, and the UNESCO/UNITWIN on Gender, Culture and Development. The exhibit was based on the work and research of Brenda with Scholastique Kompaoré, a pioneer of women's education and empowerment currently residing in Ouagadoudou, Burkina Faso.

More information about the exhibit, as well as a gallery of photos from the opening reception, can be found on Unbound Visual Arts' site, here. The story of the advancement of Burkina's women over four decades can be viewed in storyboard format here.

Boston University's Professor Emeritus John Hutchison took a keen interest in the research, and is currently integrating it into an African Languages website that he hosts.

Photos from the opening reception may be found on Unbound Visual Arts' website, and below! 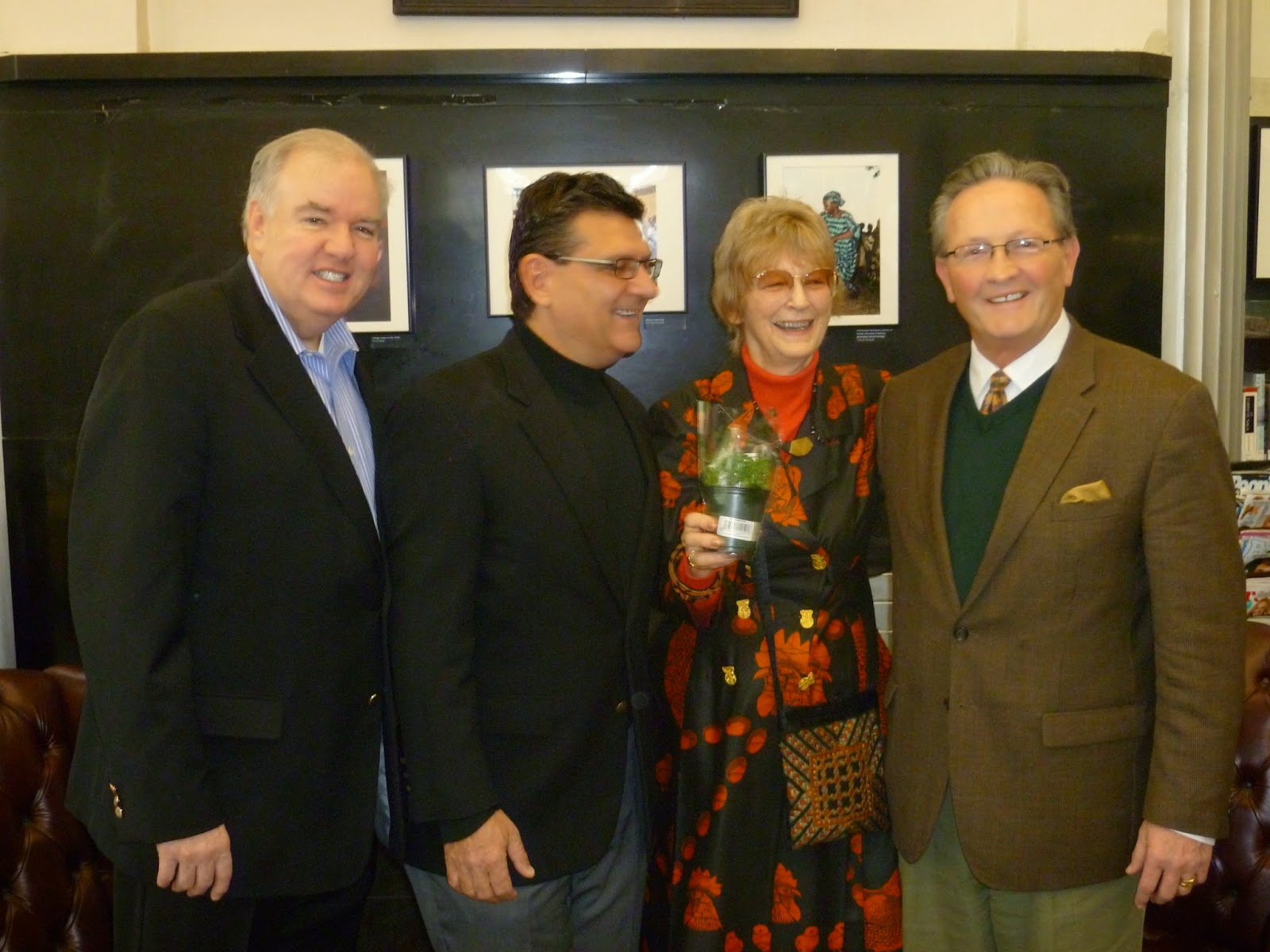 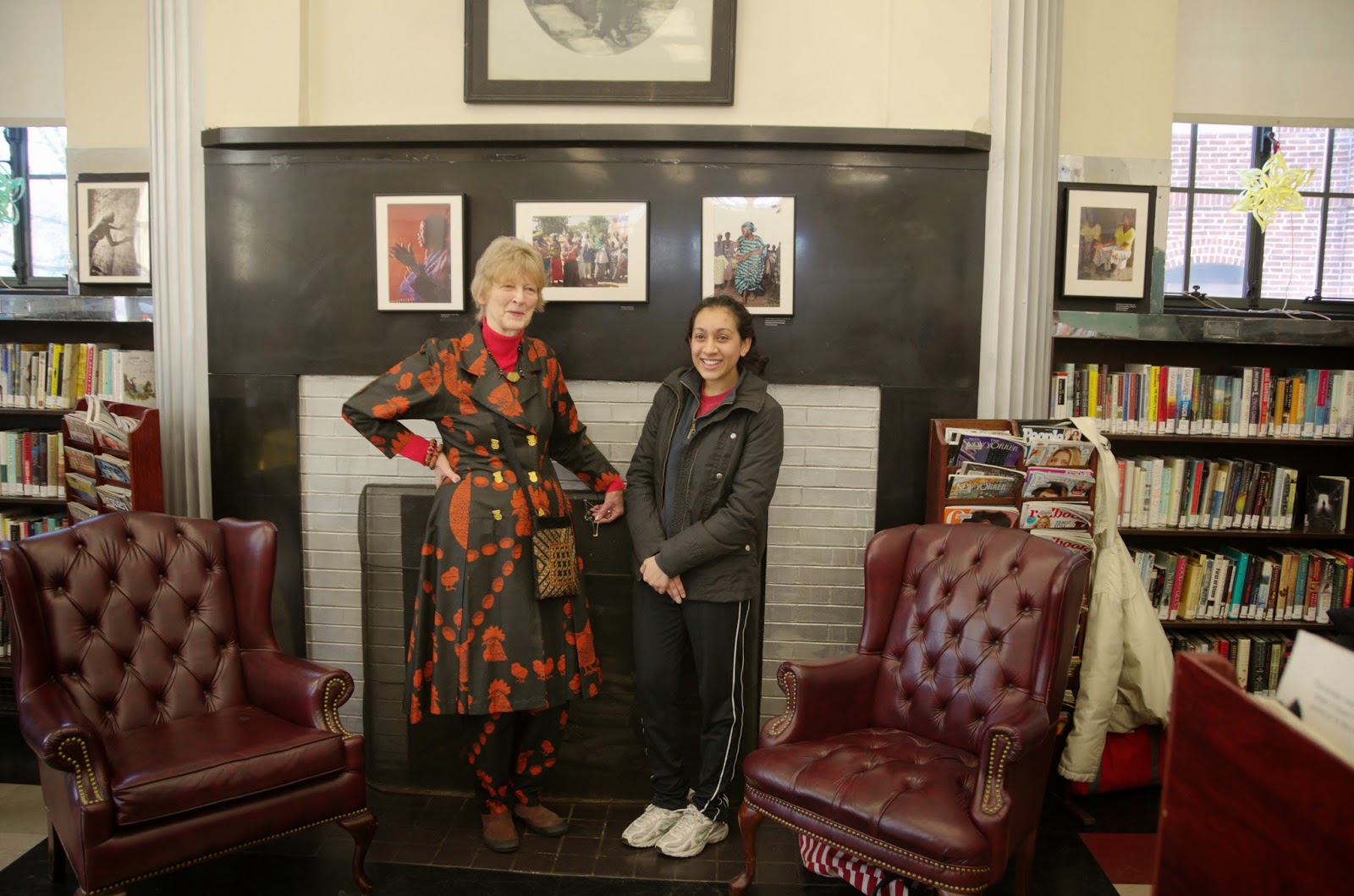 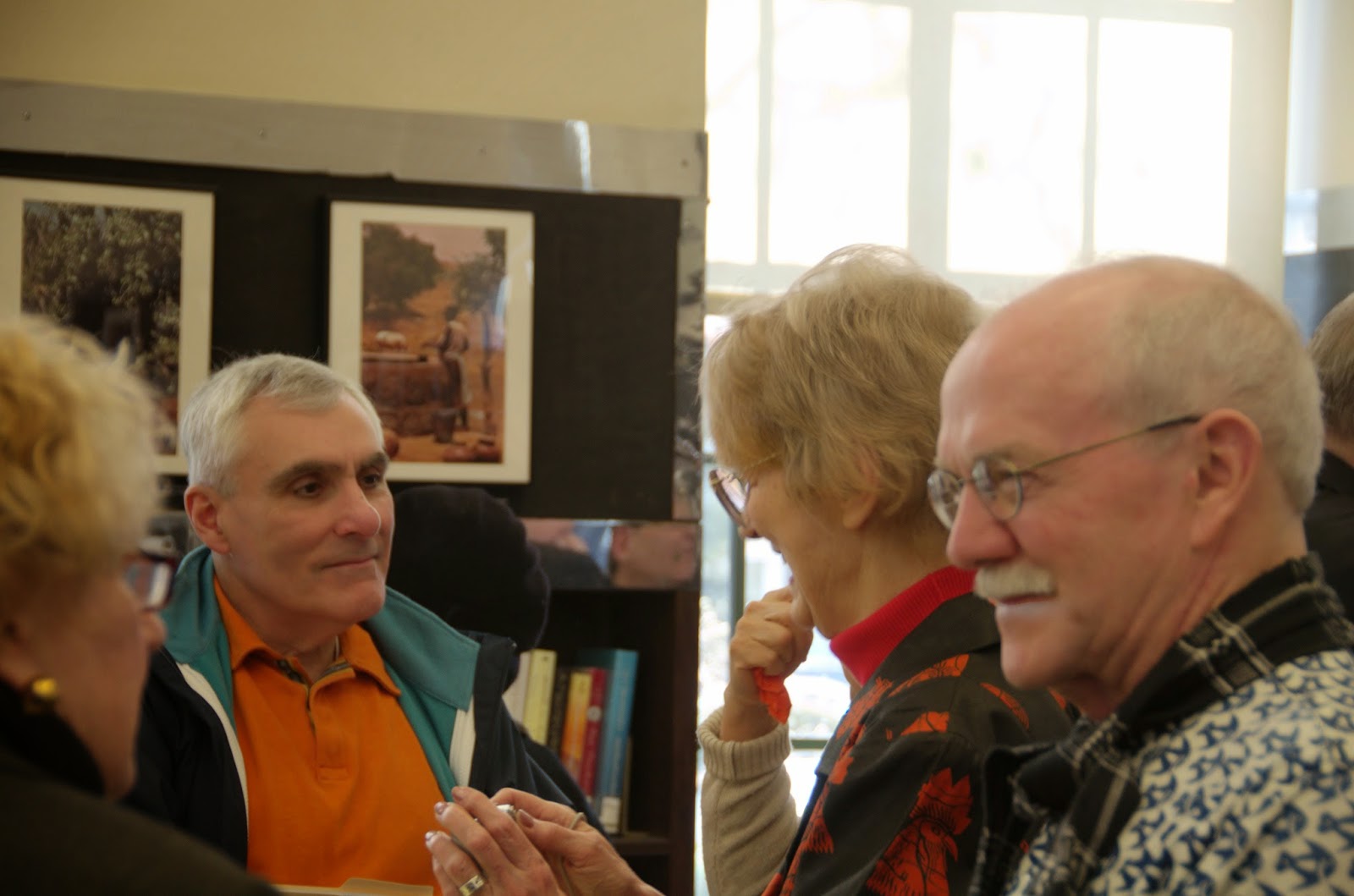 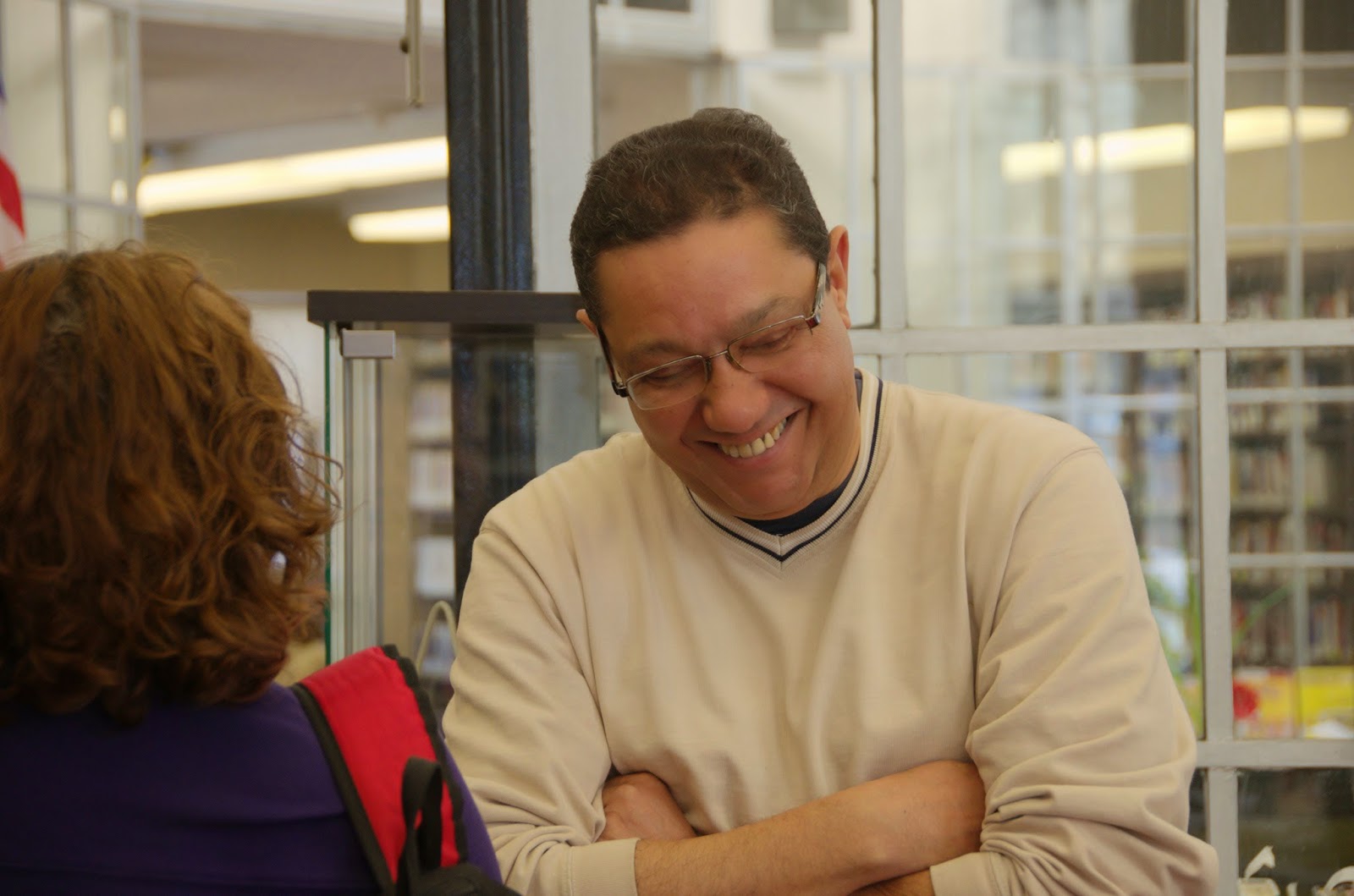 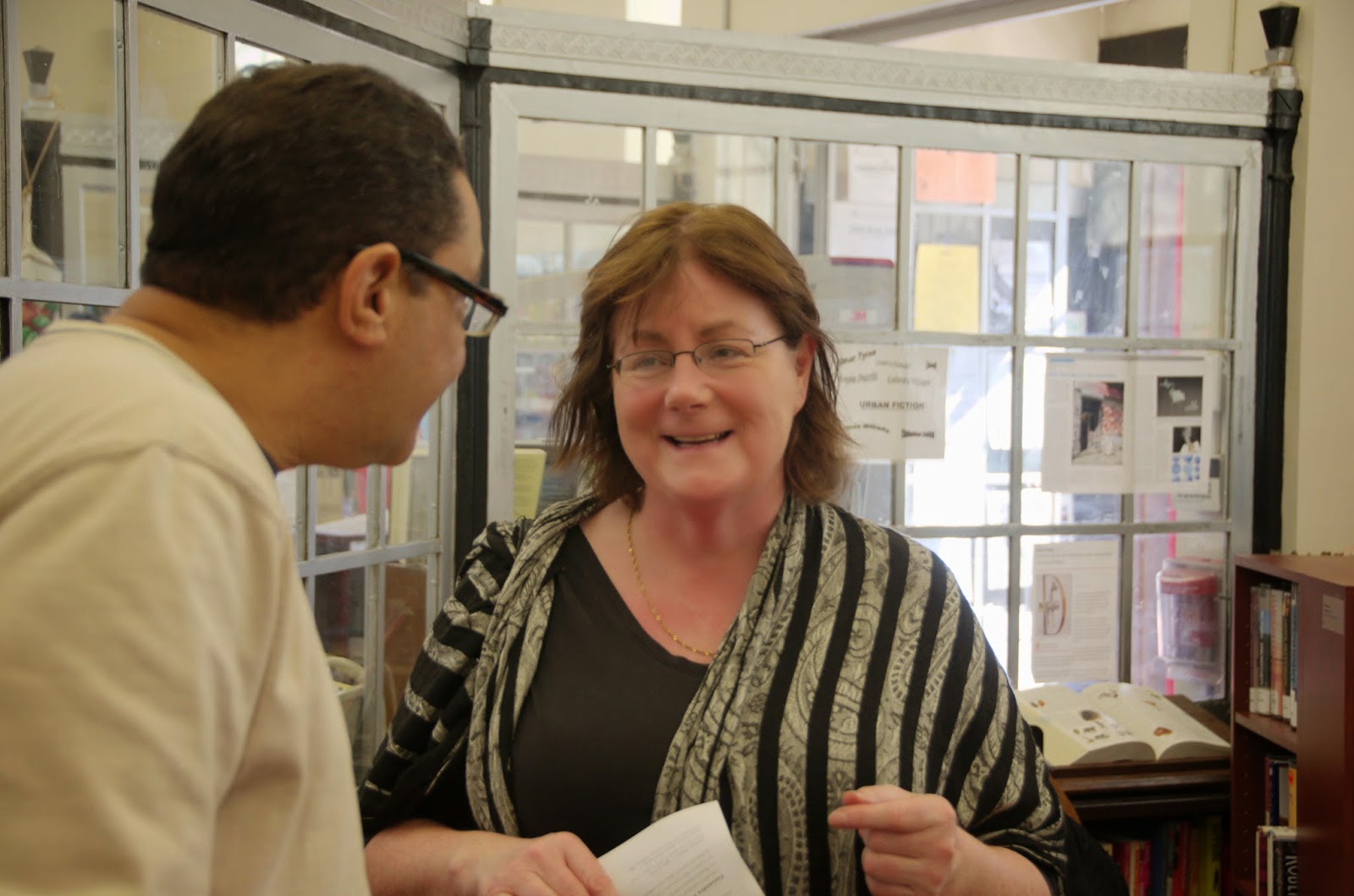 Photo credit: Eric West
Majid Bensellam, and Carena Cremin from Ireland -
Carena is involved with the Secondary Education for Girls' Advancement (SEGA)
School in Tanzania, an initiative of Nurturing Minds