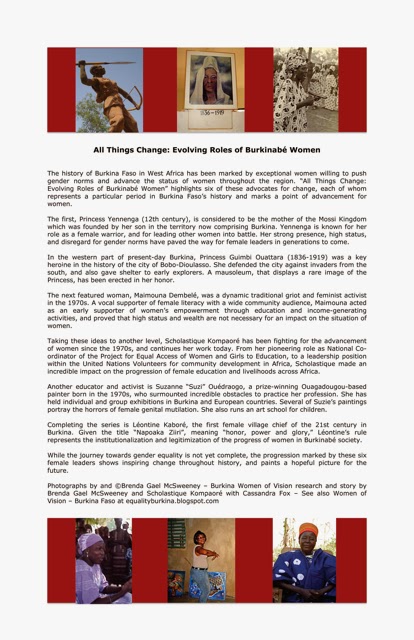 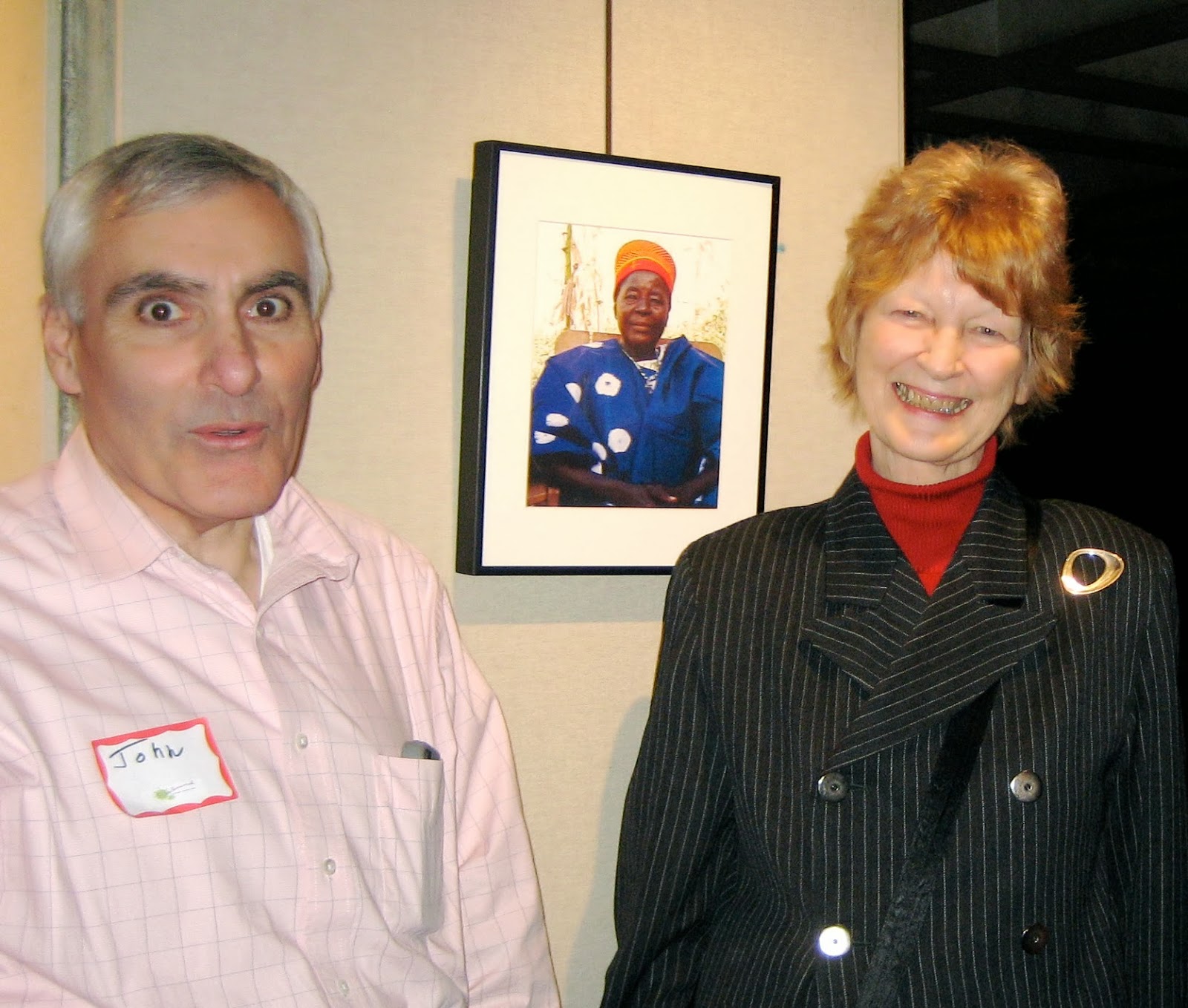 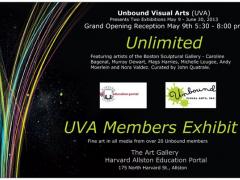 Four photographs depicting a glimpse of the journey of Burkina's women were selected by a jury for an exhibition marking the launch of a partnership between Unbound Visual Arts (UVA) and the Harvard Allston Education Portal. This flagship event celebrated the work of numerous artists from Brighton-Allston and neighboring communities. At the popular Grand Opening Reception, sculpture, paintings, and photographs were shared with the public.

Among these was the Burkina set of photos, that depict the phenomenal workloads of women of all ages in this West African nation. This series of photos also portrays the story of workload lightening technology managed by the women themselves. The end result was time freed up for the women, who could then opt for income-generating activities and encourage their daughters to go to school. The concluding photo captures the Interm Empress of the Mossi Kingdom. The photos were taken over a period of four decades by UVA Council of Advisors Founding Member Brenda Gael McSweeney, based on her work in Burkina Faso alongside Scholastique Kompaoré, National Coordinator of the UNESCO-led Equal Access of Women and Girls to Education Project.

Another View of Africa: A Photo Essay!

We are so pleased to announce that the recently released e-book Gender Perspectives in Case Studies Across Continents – published by the Global Network of UNESCO Chairs on Gender – features a photo essay from Burkina Faso! This chapter (at page 67), entitled “Another View of Africa: A Photo Essay on Female Education and Empowerment in Burkina Faso”, was produced by Brenda Gael McSweeney and Scholastique Kompaoré, with Cassandra Fox.

“Another View of Africa” aims to present a hopeful image to contrast with typical media depictions of life in Africa. These images illustrate the progress in rural Burkina Faso, where the implementation of time-saving technology and greater access to education for females led to the empowerment and growing public participation of local women. These programs were the Equal Access of Women and Girls to Education Project and the Multi-Functional Platform initiatives, which recognized how heavy gendered workloads inhibited women’s opportunities. The photos in this essay reveal the changes in communities as these workloads were lifted. This essay is also available in French (“Un autre regard sur l’Afrique” at page 72). 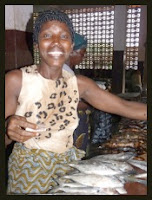 Another West Africa chapter of great interest (at page 112) is “God First, Second the Market: A Case Study” prepared by the Sirleaf Market Women’s Fund. This case study demonstrates how Liberia’s market women have been pivotal in the rebuilding of the country’s social and economic foundations, and explores several market women’s individual stories. As with “Another View of Africa”, “God First, Second the Market” highlights as well the importance of women’s education and participation in the economy.  (Photo © SMWF)

Gender Perspectives in Case Studies Across Continents also features a foreword from the Director of the UNESCO Division for Gender Equality, Saniye Gülser Corat, who unveils UNESCO’s priority in promoting gender equality through 2021, and emphasizes the importance of these case studies in promoting understanding of different realities and challenges, and providing for the possibility to formulate reality based policies and procedures. We encourage you to explore the Burkina Faso and Liberia essays, as well as the other fascinating case studies the e-book offers. View the entire publication, co-edited by Gloria Bonder and Brenda Gael McSweeney, here.