In her words: Interview with Scholastique Kompaoré by Brenda McSweeney

"I'm proud of my journey. All that I undertook was aimed at the same objective. This was, in fact, where I succeeded in my studies. I had suffered from the poverty and the lot of women. For instance, women and girls needed to go very far to find water, so sometimes they would sleep at the well and wait for the water to come up. By necessity, I too would go long distances for fire wood for cooking, so I lived the same misery as other women and girls. We would pound and crush the millet and also work in the fields - - plus study! I sold produce in the market, like gombo, also pancakes and donuts. I was the butt of the boy's jokes - it was truly harassment."

"So, I fought to improve the situation of women. An occasion came to express these ideas in 1962 to the President of the Republic, Maurice Yameogo. Very few girls were allowed to go to school, around 6% at the time. So I asked the President to lower the suffering of women and to fight against their fears and inhibitions. In college, I wished to succeed in life so I took my studies seriously; but even before that, in primary school while I was preparing meals I would be doing arithmetic in the fire wood ashes and, as I was pounded millet, would be looking at books. I was the only one in my class who got a scholarship to go to college. With this idea in my head that women suffered so much, I often spoke of this issue." 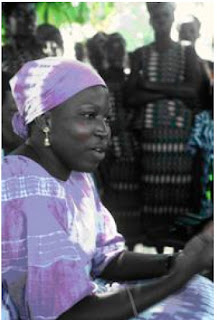 Scholastique speaking with village women in the 1970s

"After my studies I became a professor in Ouahigouya. I went to the markets to talk with the women who would be working there and in the fields until the very day of a baby's delivery. In 1968, I spoke on these issues at a conference and asked the Préfet what was being done. My husband-to-be, Julian, was working as a livestock assistant, inspecting meat and making lots of friends as well in the markets. He was someone who was reflective and associated with the MLN (Mouvement de la Liberation Nationale). There was a conference on the role of women in development that touched on issues like girls not even being able to study at the primary school level because of household work and then of pregnancies. The husbands didn't care, they wanted to be waited on. They didn't help in the household and had polygamous marriages. I spoke about the plight of women at the conference and read a lot of sociologists on the topic at Centre Voltaic de la Recherche Scientifique. I married before even finishing high school. I taught and had children and received my university 'license' in three years. The fourth year I earned my Master's. I was then recruited in 1969 for the UNESCO Project for equal access of women and girls to education; I carried out the sociological baseline studies in two very different geographic areas: Kongoussi and Pô." 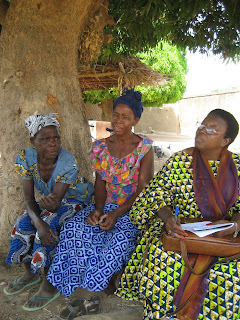 "I was able to put into practice several ideas, especially for tackling the plight of women. This was the perfect environment to show what was possible to accomplish. My path was set out before me and I invested my body and soul in it. An objective of the project was to lighten the workload of the women, and then introduce other possible activities. The UNESCO International Project Team seemed to think they needed to say 'do it this way,' rather than persuading the population (especially the men) through advocacy. Gabriel was in Kongoussi, Mariame Konaté and Gabriel Tamini were in the Banfora zone, and Gérard  Aduabou was sent to Po. In 1974, I became the head (national coordinator) of the Women's Education Project."

"Gabriel pointed out that in Kongoussi, the chiefs run everything. So it was a challenge for me to meet with the women. Through the Federation of Voltaic Women, there were gatherings to exchange ideas. I was proud of advancing the position that city women are not to feel superior to village women - they all need to interact! In 1975, I organized La Nuit de la Femme, a woman's evening to have a chance to share with a broader public the concerns of women in the villages and towns. Women from the three project regions met, especially the village women; the women from Kongoussi acted out a skit around the issues of fetching water and child care. The women from Pô danced and Maimouna, the traditional minstrel from Banfora, sang. The women themselves could draw lessons from the messages in these activities." 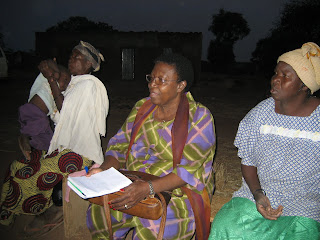 "The Project was an amazing forum from which to speak to the country about women and development. There was an important audio-visual component led by Narcisse Kompaoré and Tamini; in one of the villages, there was even a woman called La Radio! Overseas, I overcame any hesitation about speaking of the situation of African women, especially in Canada. We expanded the scope and mission of the project thanks to Brenda McSweeney, and together also brought in other partners like USAID and UNICEF.  There were obstacles, and at the outset I had the unconditional support of my husband. Later, however, this changed - there was a lot of pressure from society, and this was to break up my household. Some people felt that the Project and its reach were important to attract women into the political parties, and this was not my objective. I felt that all political branches had their place in the Project and in the work, in contrast with the RDA (Rassemblement Démocratique Africaine) that saw the Project as a way to recruit women. So in 1978, I was replaced as the head of the project and after a year went over to educational planning. Then I was awarded a scholarship to work on my Masters in Educational Sciences at Laval in Canada for six months; my thesis was on measurement, evaluation, and educational planning." 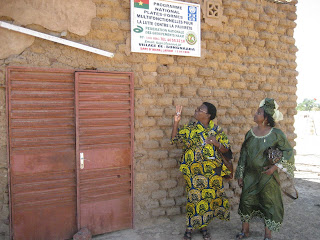 "Later I was called to join the United Nation's Volunteers that Brenda headed up. I was with UNV from 1989 until 1998. This gave me a chance to accomplish a lot of things for women that I held dear to my heart.  I was able to demonstrate a number of solutions that were possible to help women out. I was also an international advisor and led a grassroots rural exchange program for Africa south of the Sahara. I was based in Harare, Zimbabwe to head up this exchange of community fieldworkers. I particularly contributed to training the team in participatory methods. I brought in Robert Toé to help with this important initiative."

"I published a lot of journal articles on advancing women's employment and debated issues ranging from women and water to women's enterprises and new technologies."

"Relatedly, right down to the present, I am pursuing this same objective: now I'm President of the Marche Mondiale des Femmes - Burkina, and on the Advisory Board for Canadian CUSO/VSO." 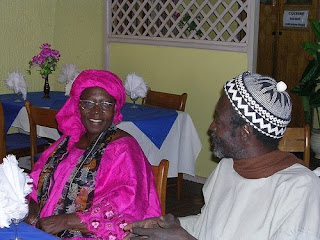 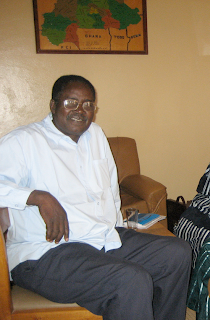 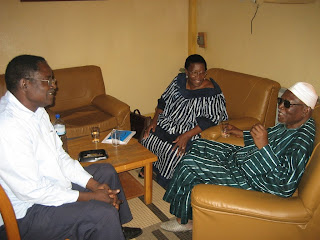 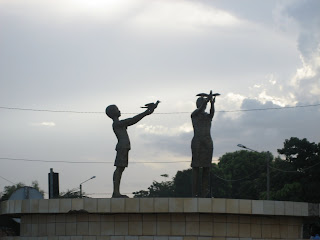 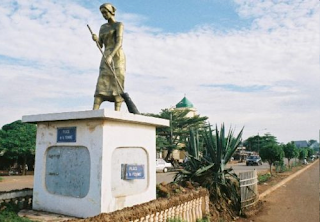 Other tributes to and depictions of women in Ouagadougou and beyond: 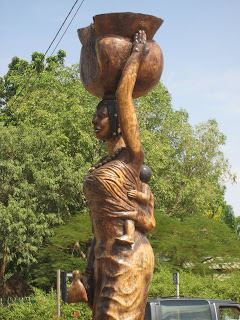 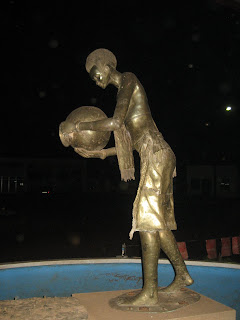 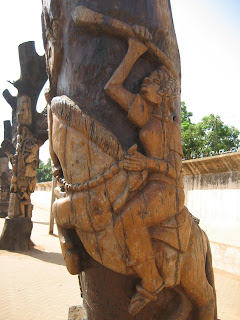 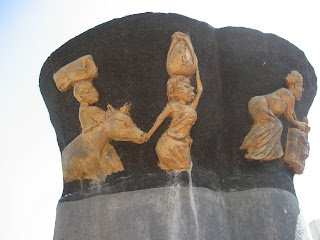 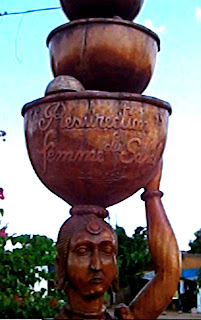 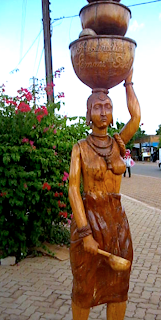 Posted by Brenda Gael McSweeney at 11:29 AM 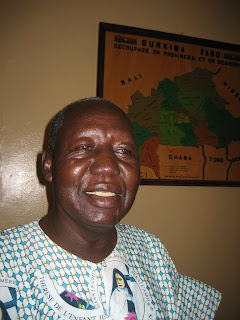 Our dear friend and dynamic Equality Burkina team member Peter "Pierre" Kazoni was suddenly called to the beyond on June 7, 2010. He will be dearly missed. As an affectionate tribute to Peter, we are sharing photographs of his radiant smile, and Peter-in-action in Burkina from November 2005 to November 2009; these pictures are available here. 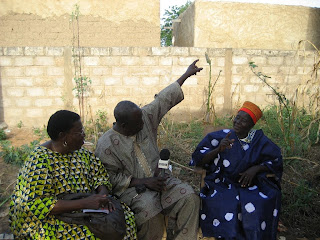 Posted by Brenda Gael McSweeney at 8:56 AM