The Quest for Gender Equality in Burkina Faso

Abstract: The Quest for Gender Equality
in Burkina Faso:
Female Workloads, Education and Empowerment
by Scholastique Kompaoré and Brenda Gael McSweeney
with Jennifer Hilda Frisanco
Introduction
Preface
Only 8.1 % percent of women over 15 years in Burkina Faso (formerly Upper Volta) were literate in 2005, compared to 18.5% of men. The question of why this inequality remained alongside others, twenty-five years after the enthusiasm and energy inspired by Upper Volta's multi-faceted UNESCO/UNDP Project for Equal Access of Women and Girls to Education, was one that Scholastique Kompaoré and Brenda Gael McSweeney felt challenged by. 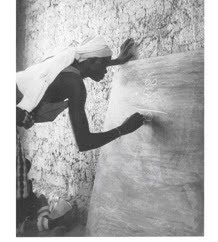 Mrs. Kompaoré, a sociologist, was the National Coordinator of this initiative from 1972 to 1978 and prior to that participated in carrying out feasibility studies for the Project. Dr. McSweeney, a development economist, was in charge of the Project in the Programme portfolio at the United Nations Development Programme's Ouagadougou Office.

The authors' documentary research, drawing especially on their field data collected since the 1970s, did not reveal significant evolution in the percentage of literate women. On the bright side, they noted significant progress in women's empowerment in terms of economic autonomy and community voice, and also solid improvements in girls' education at the primary level which augur well for the future. 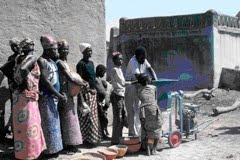 The authors went back to the Project zones in 2005 to examine the legacy of the Project and various aspects of women's lives in villages that participated in the Project. They looked particularly into the impact of workload-lightening technologies; literacy, income-generating activities and political voice of women; and access to education for girls. This paper outlines their conclusions and identifies topics for further investigation in the quest for gender equality and female empowerment in Burkina Faso.

The Future:  Towards Gender Equality and Development

As the authors see it, the options in terms of education for women and girls remain the same, and comply with the following principle: to increase the possibilities of education and facilitate equal access, and to increase women's participation in development and in its benefits. There are numerous interventions: seemingly every project, every Ministry has a women’s aspect, and there are numerous Non-Governmental Organizations (NGOs) dedicated to women’s issues. It would be important that these interventions, widespread and primarily in the large cities and their surroundings, where they carve out their somewhat exclusive territories, be well coordinated with combined efforts instead of operating in a somewhat dispersed way. 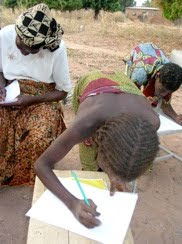 A Ministry or organization from which one can obtain full and complete data concerning the spectrum of interventions and their results would be a positive contribution. The future challenges appear to be to establish an overall information dissemination system and to capitalize on the experiences of each sector of intervention, to establish an overview of what is successfully being done in favor of women’s empowerment and gender equality, so as to conduct a systematic analysis and provide directions for moving dramatically forward. 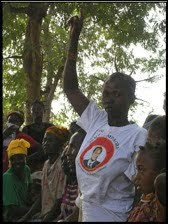 The long path traveled thus far has brought strong positive results in terms of narrowing the ‘gender gap’ in primary school enrollments and completion the primary cycle of schooling, and in terms on women’s growing economic autonomy and voice in the villages and beyond. The continued priority and investment of Burkina’s Government and civil society as well as their development partners directed towards abating women’s workloads and promoting girls’ education lead one to conclude in an optimistic mode.  As a Burkina proverb states, “Two hands scoop up more flour.”